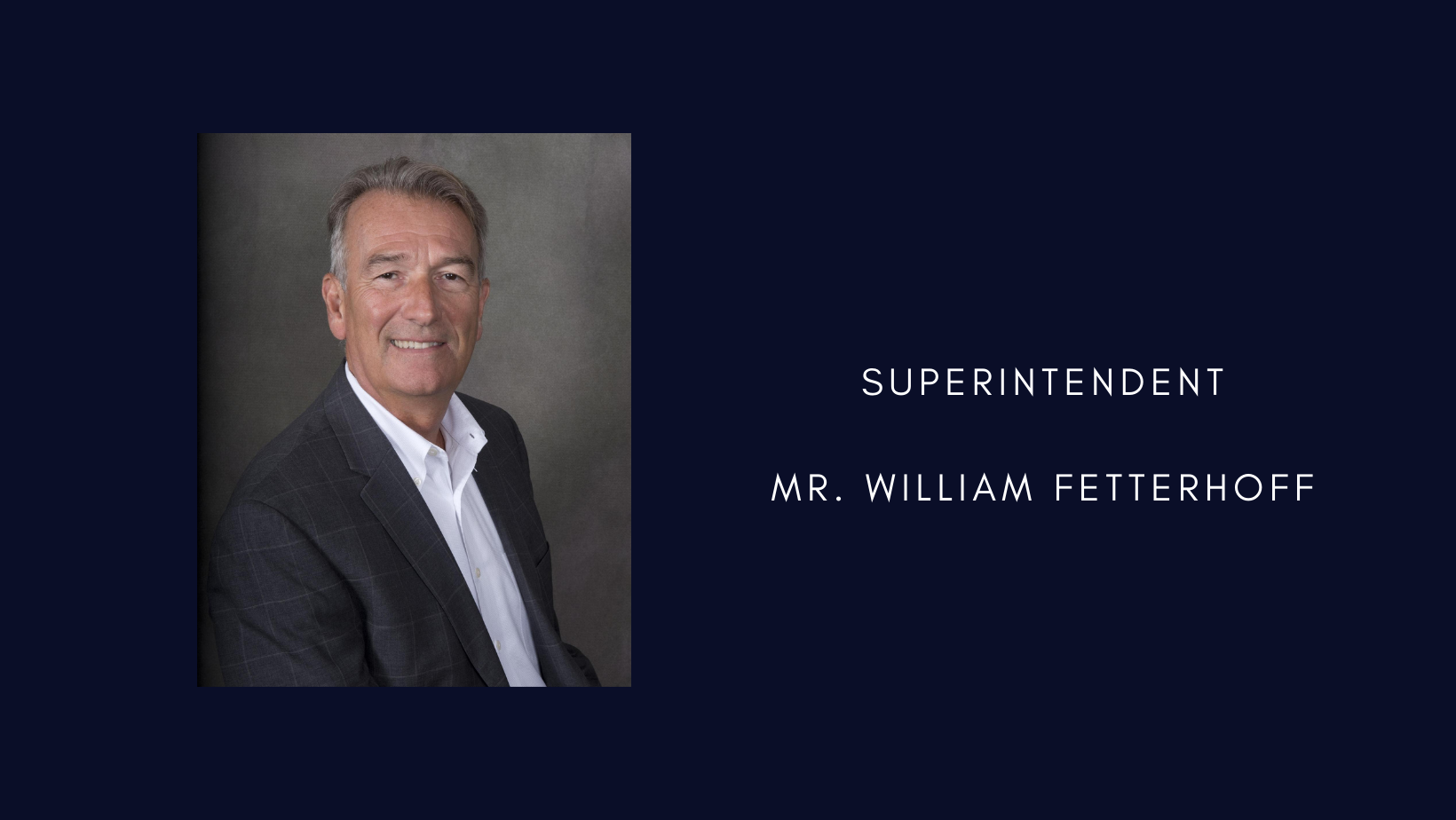 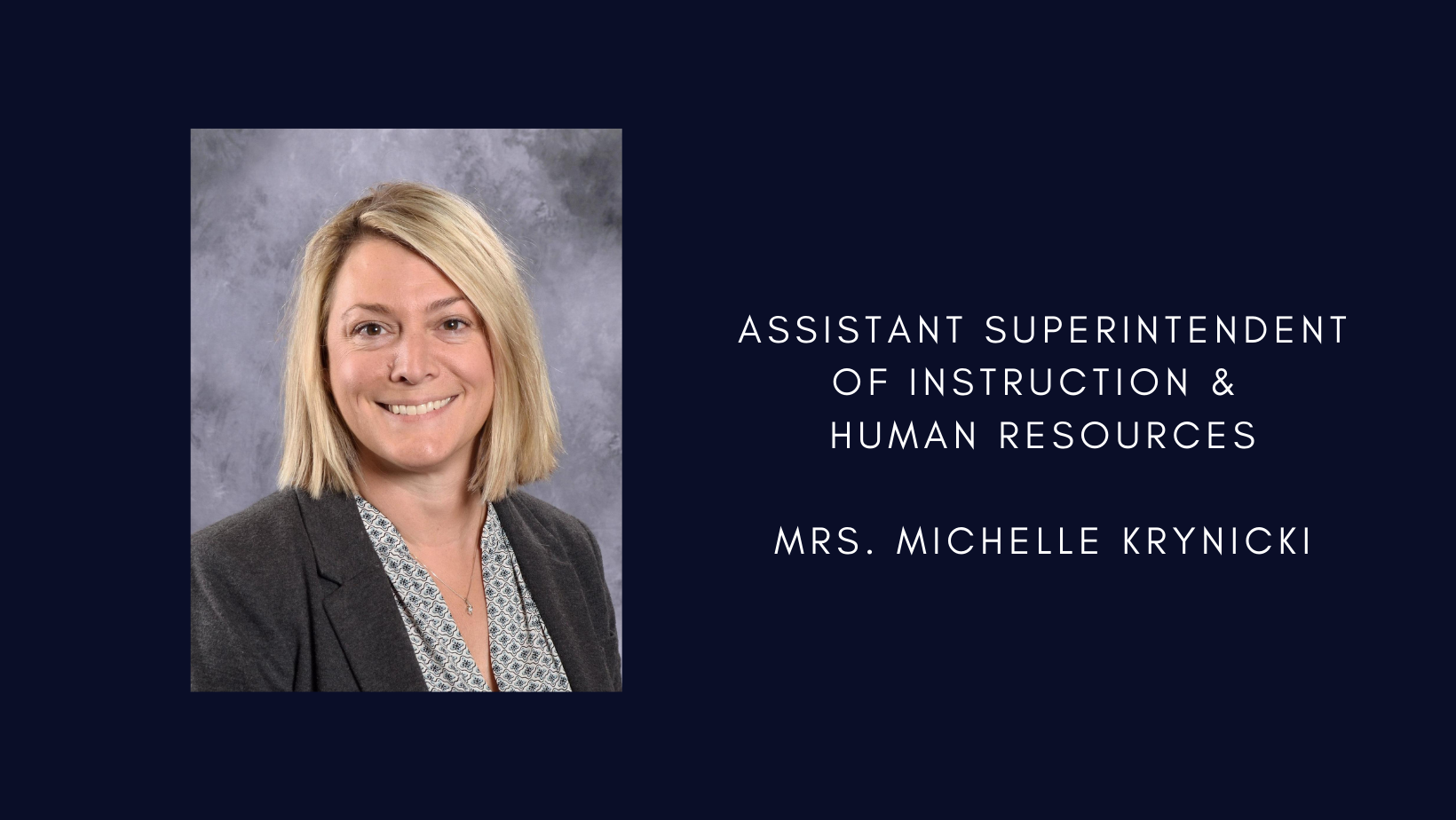 Mrs. Michelle Krynicki holds an undergraduate degree from Alma College and a Master of Arts Degree in Educational Leadership from Grand Valley State University. In 1997, Mrs. Krynicki began working at Godwin Heights Public Schools, starting as an elementary teacher and basketball coach. Transitioning through a variety of roles, Mrs. Krynicki enjoys the daily opportunity to better understand how the school community can work together to impact student learning.
___________________________ 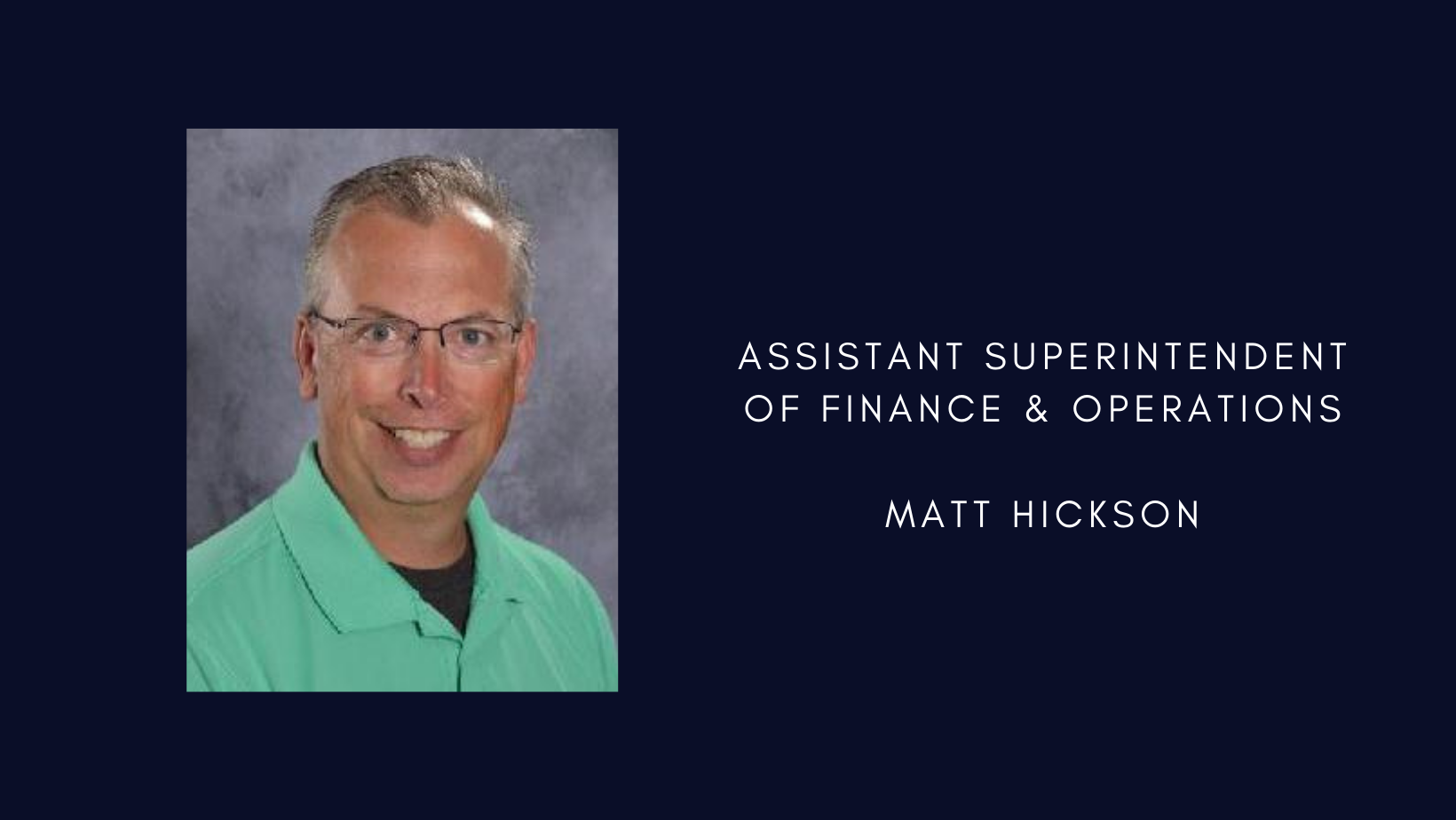 Mr. Matt Hickson has a Master of Public Administration degree from Central Michigan University and a B.S. degree in Business Administration from Baker. He joined Godwin Heights Public Schools in 2011 and previously served as Director of Business and Finance for Bridgeport Spaulding Community Schools and Durand Area Schools. He also served as an auditor for Abraham & Gaffney CPAs in the East Lansing area.
___________________________ 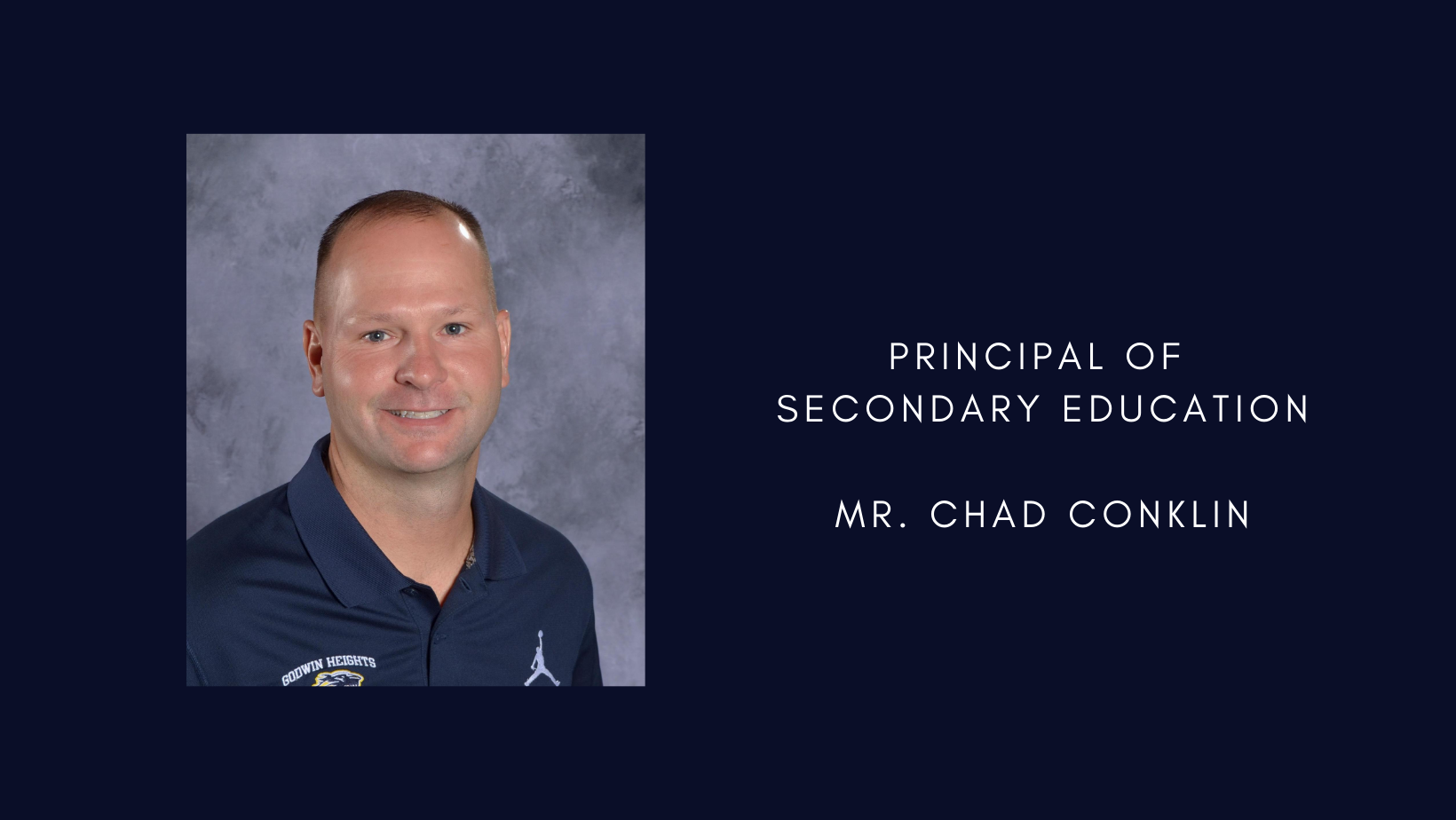 Mr. Chad Conklin is a graduate of Central Michigan University and has earned a Degree in Educational Leadership from Grand Valley State University. He has worked for Godwin Heights Public Schools since 2000. Chad has served the district in many capacities, including as a teacher, coach, Athletic Director, and Administrator. He is currently serving in the role of Principal of Secondary Schools.
___________________________ 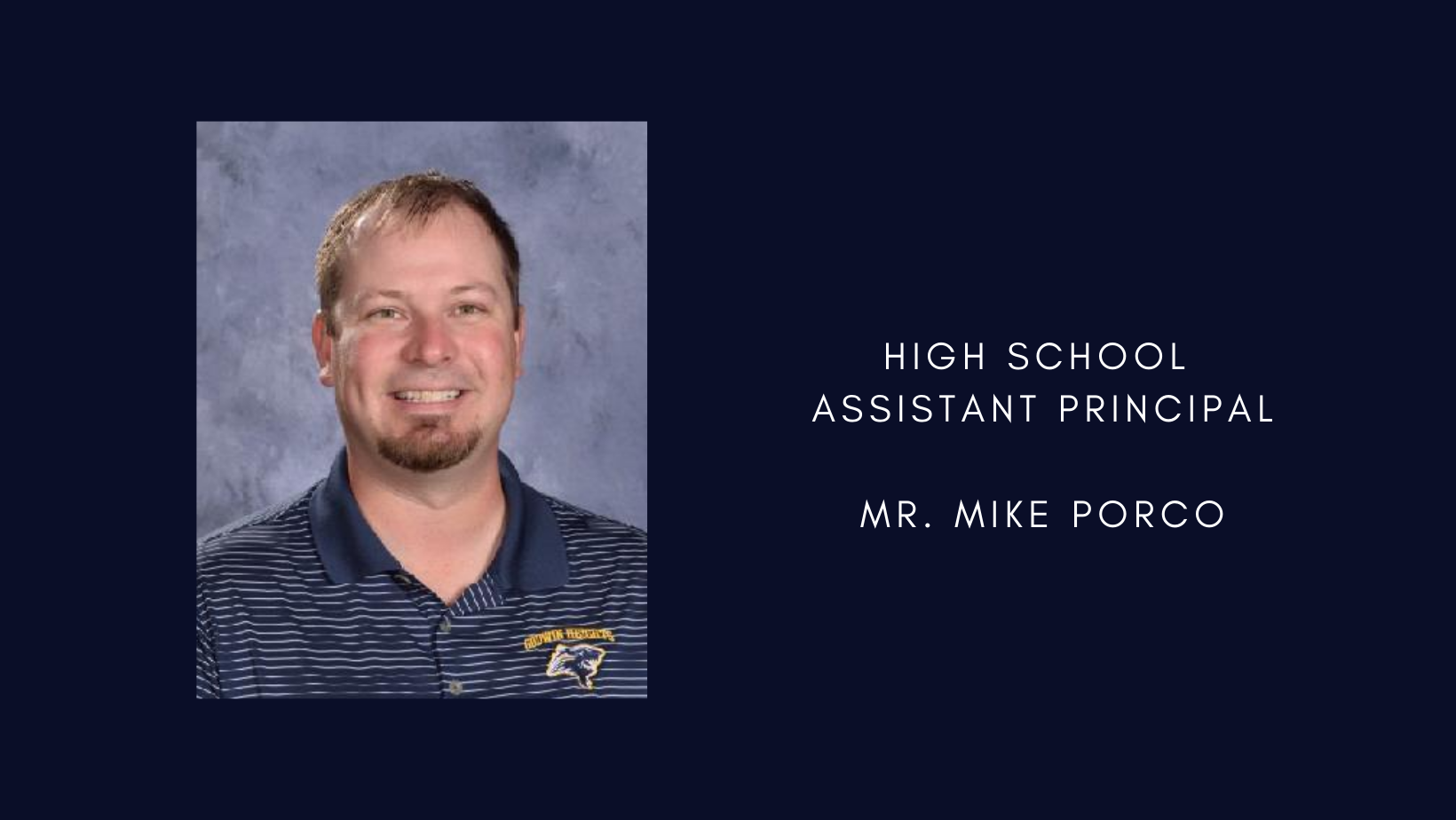 Mr. Mike Porco joined the Godwin Heights staff in 2014 after serving as Dean of Students and Athletic Director at Grandville Middle School for 5 years, and as Dean of Students at Grandville High School for 6 years. He earned his bachelor's and master's degrees from Western Michigan University in Sports Administration and is a certified physical education and health teacher. Mr. Porco has enjoyed working with student-athletes and is now serving as the Assistant Principal at Godwin Heights High School. 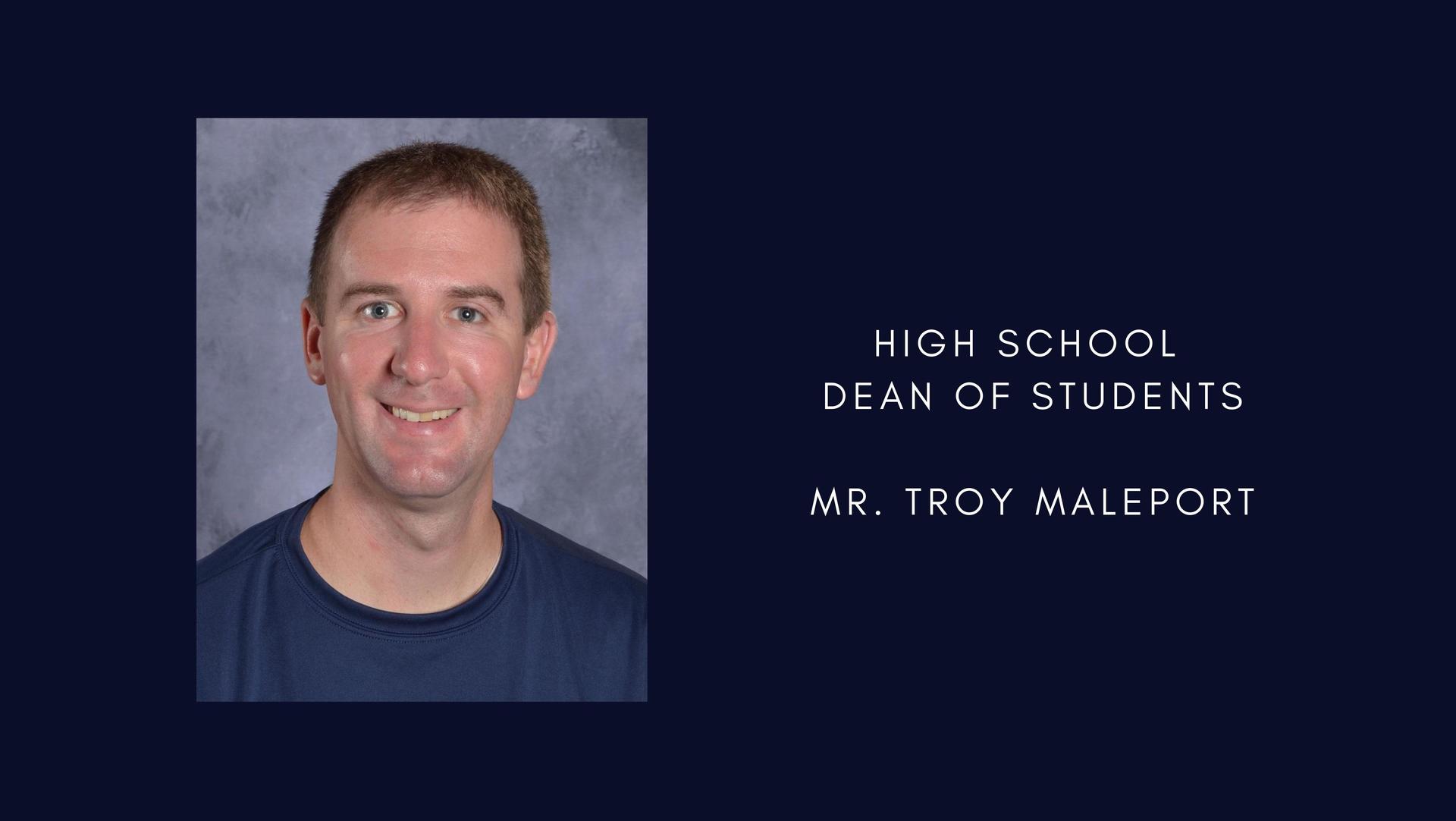 Mr. Troy Maleport is a graduate of Godwin Heights High School who earned his bachelor's degree from Grand Valley State University. He has worked in many roles in the district since 2013. Troy has served as a coach, media clerk, attendance clerk, and as a Youth Development Coordinator during his time at Godwin. 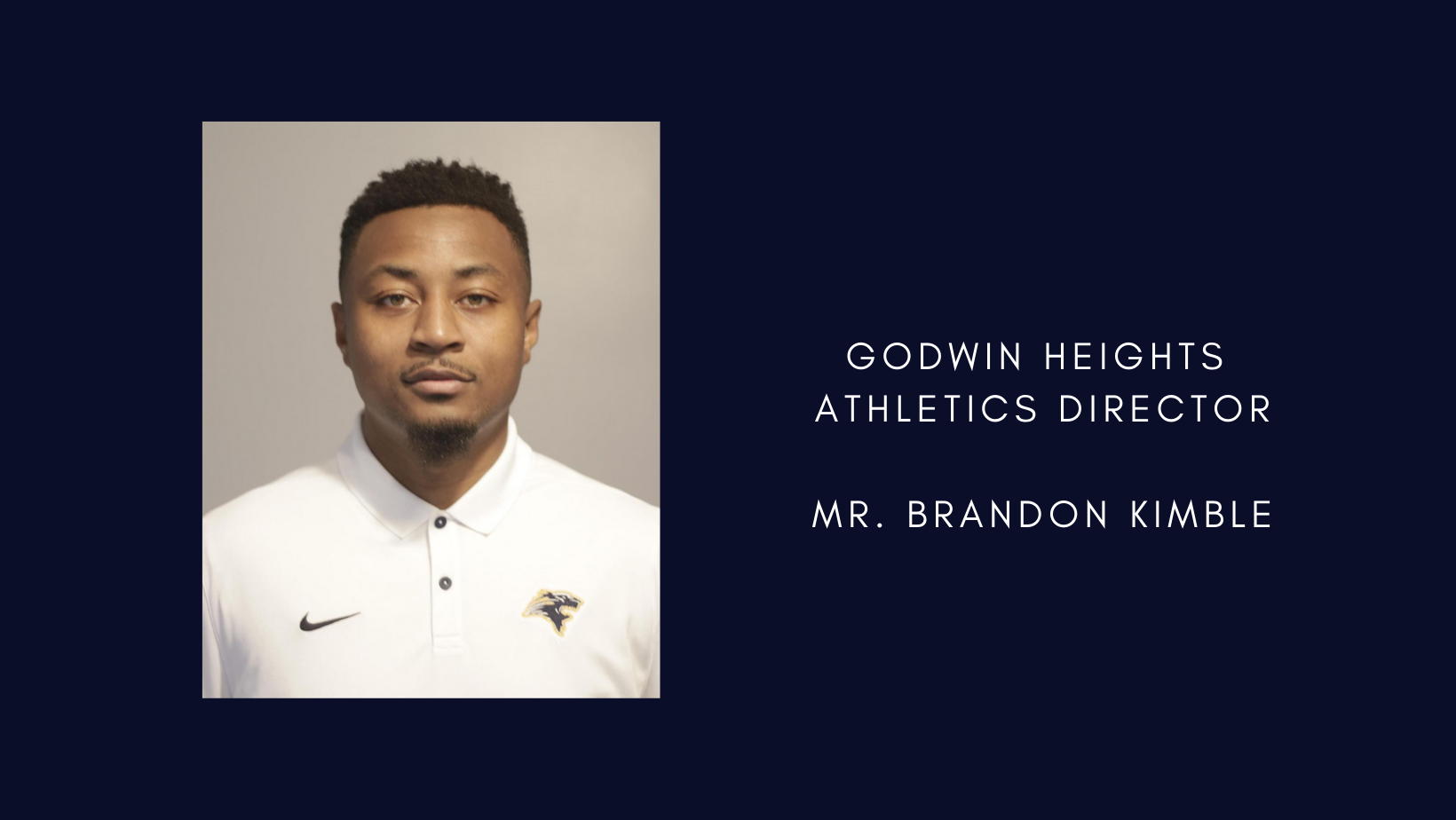 Mr. Brandon Kimble is a Grand Rapids native and an Olivet College graduate with a B.A. in Criminal Justice. After graduating from college, he began a career as an academic coordinator for East Kentwood High School and later transitioned to become the youth engagement coordinator for Network 180. Before accepting the role of athletic director, he served as a career coach for the Kent Intermediate School District. Mr. Kimble's connection to Godwin Heights began in 2015 when he began serving as an assistant football coach. In 2018, he had the opportunity to be named the head coach of the varsity football program at Godwin Heights High School.
__________________________ 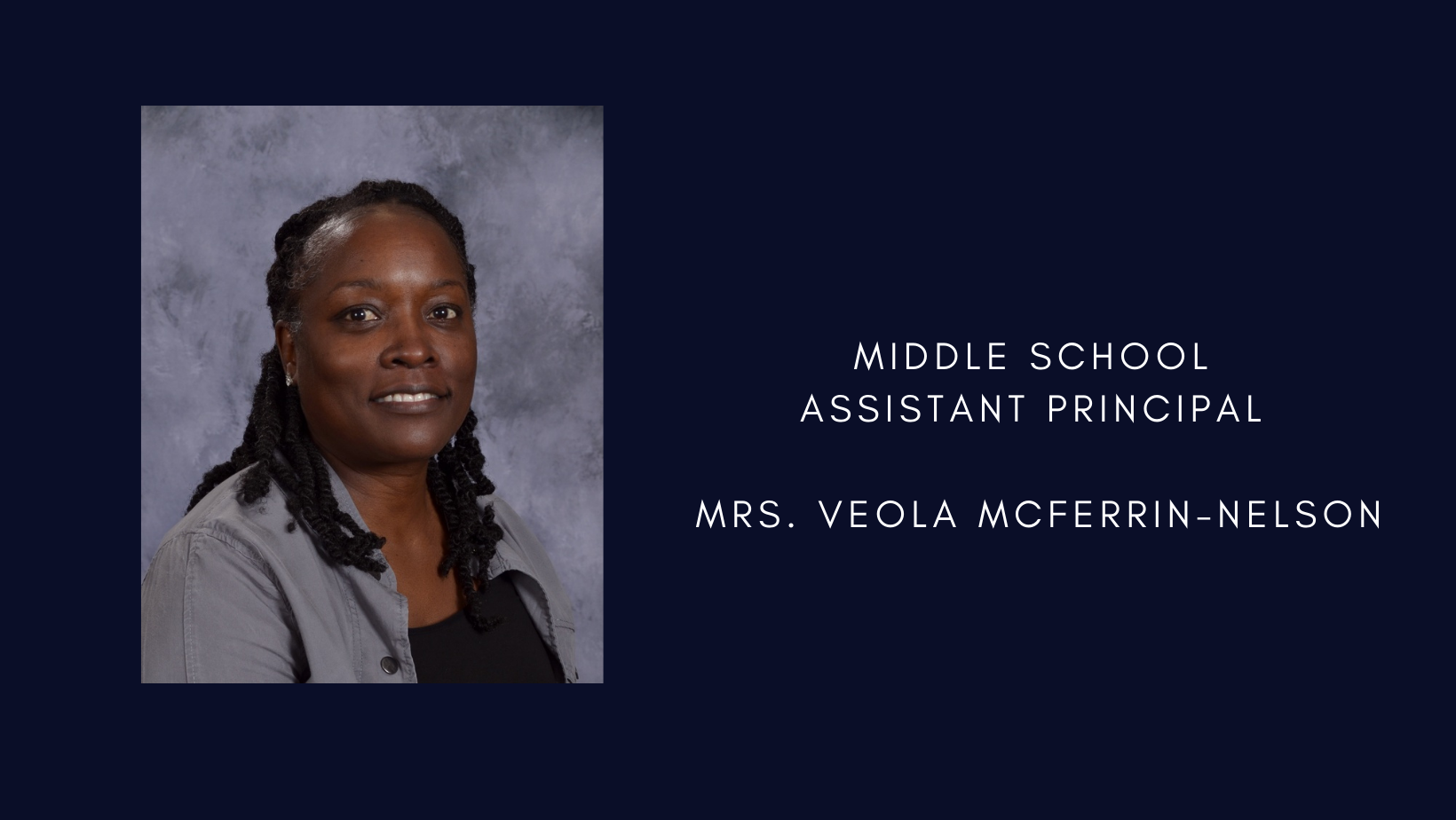 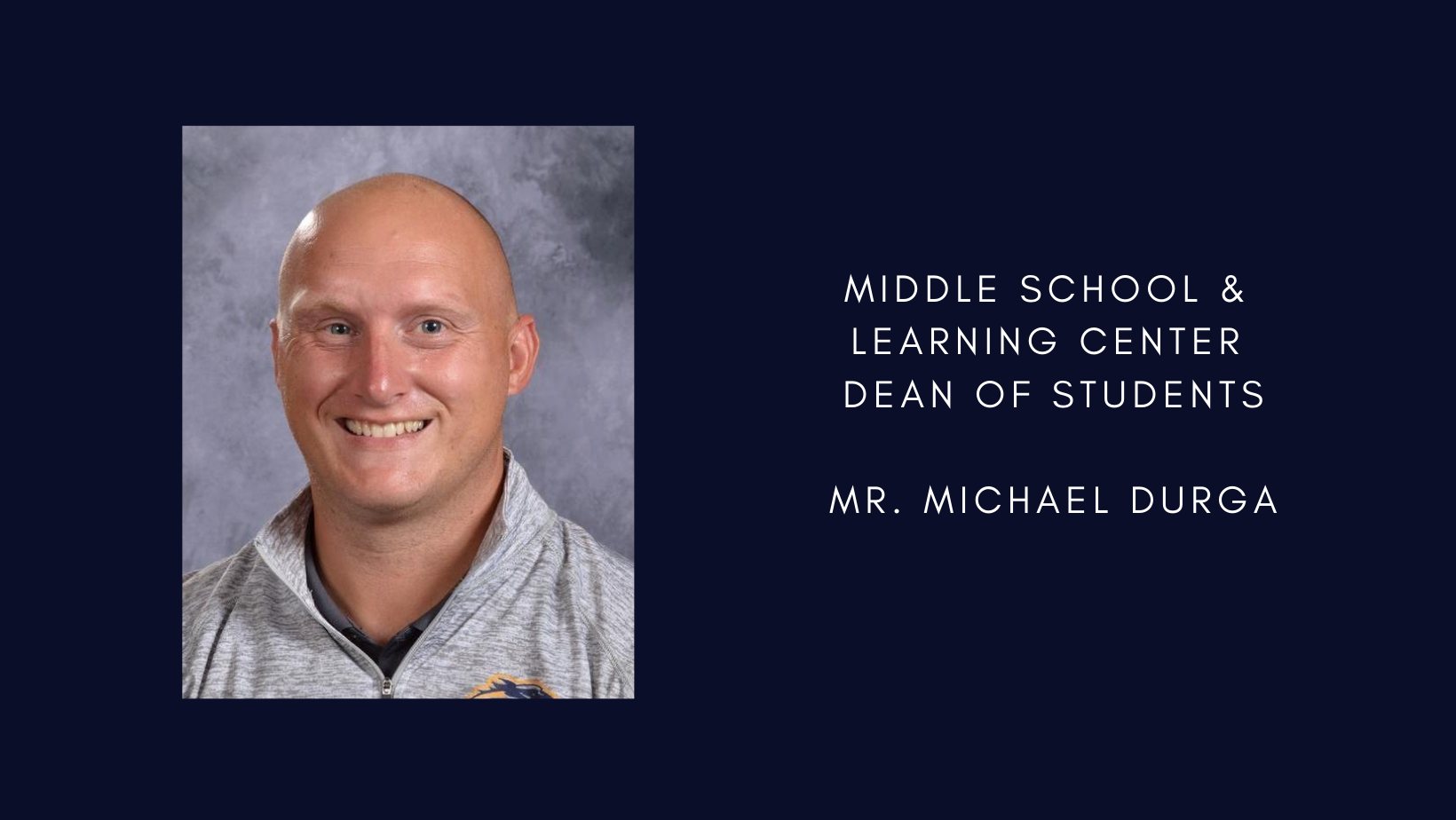 Mr. Michael Durga is a graduate from Olivet College and has earned a Degree in Education Leadership from Grand Valley State University.  Mike has worked as a teacher for 12 years.  He has been a part of the Godwin Heights Public Schools since 2014.  Mike taught math at the High School for 5 years and moved to the Learning Center for another 2 years.  Mike is now serving as the Dean of Students at the Middle School and Learning Center. 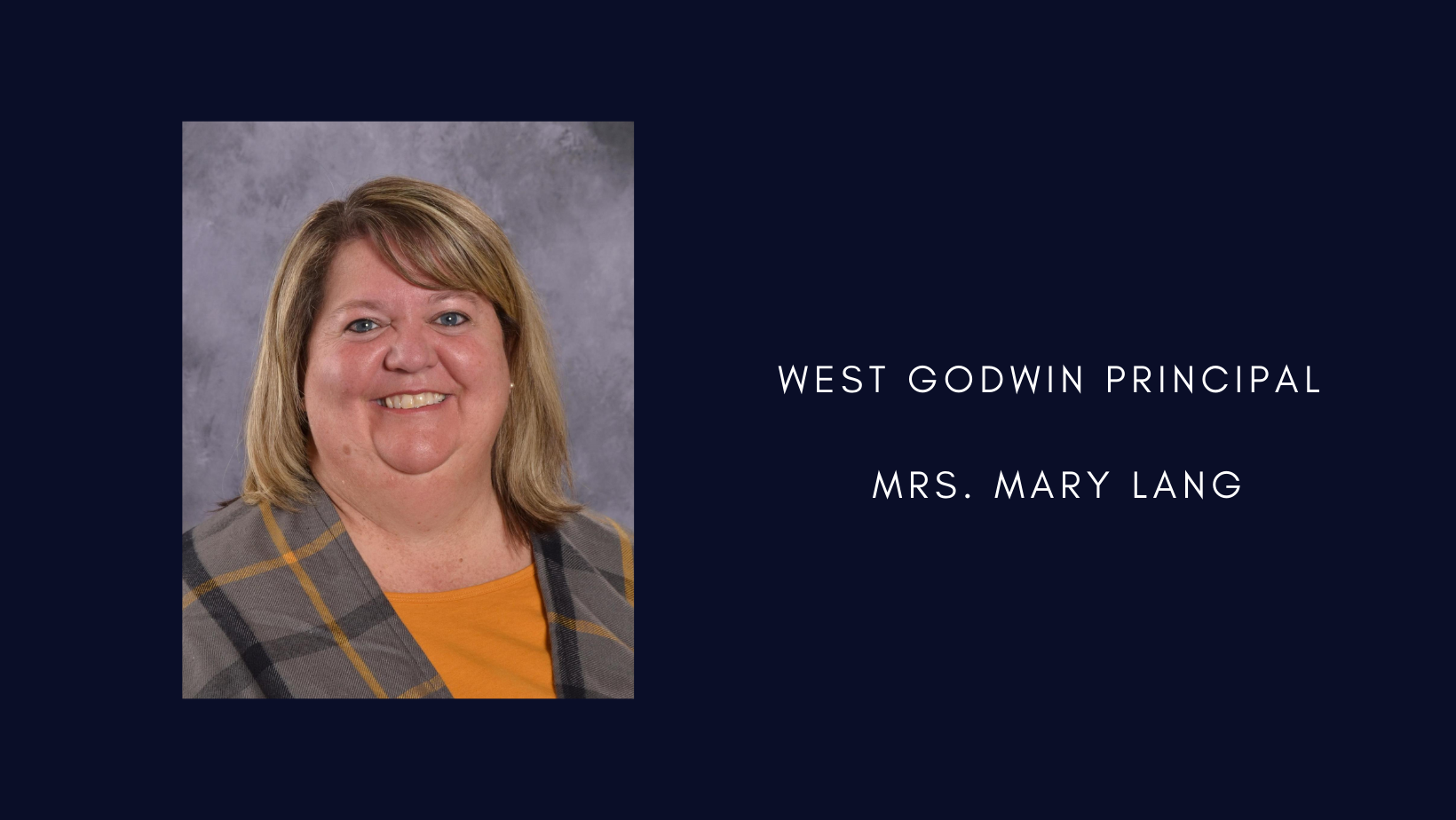 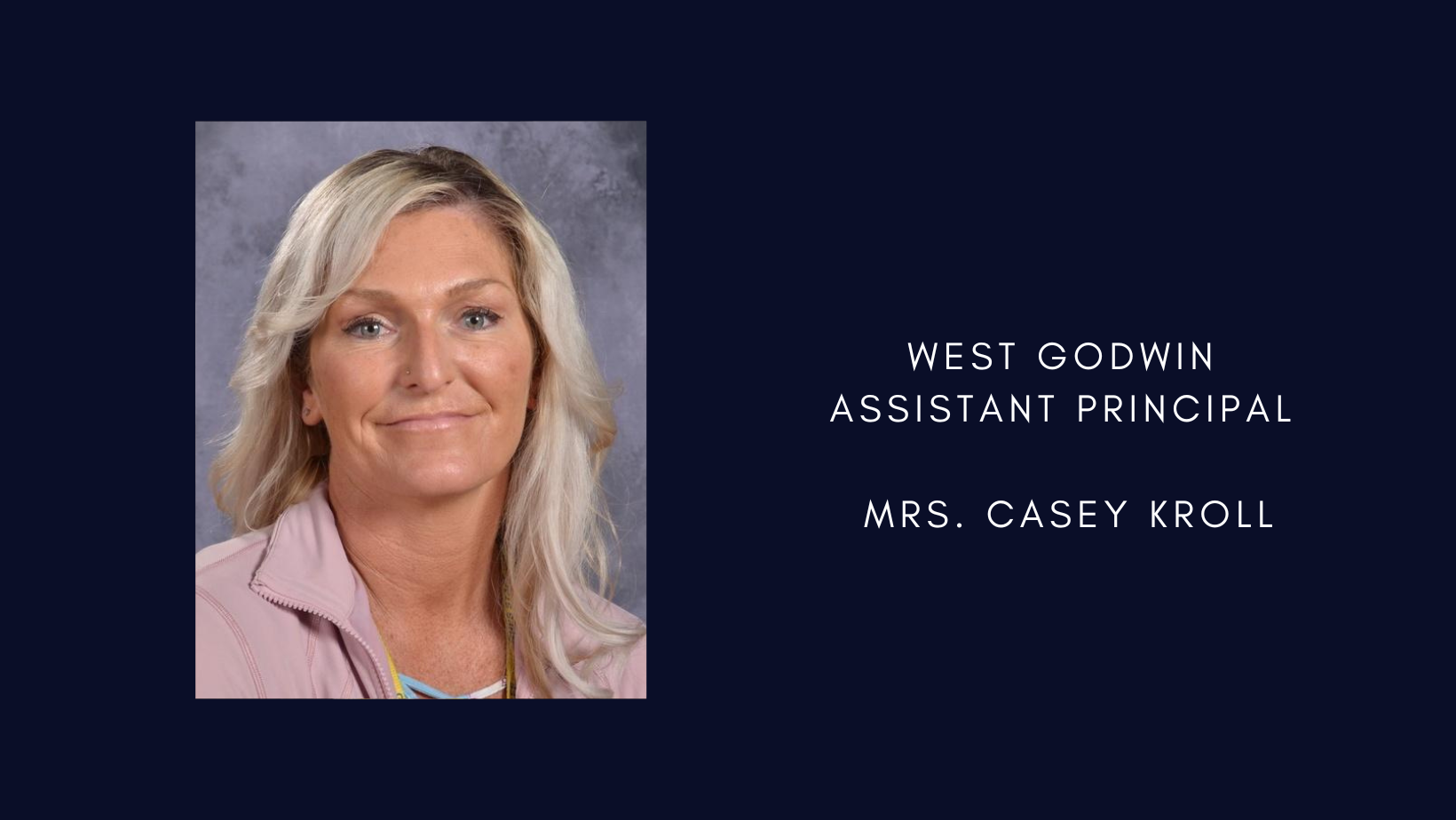 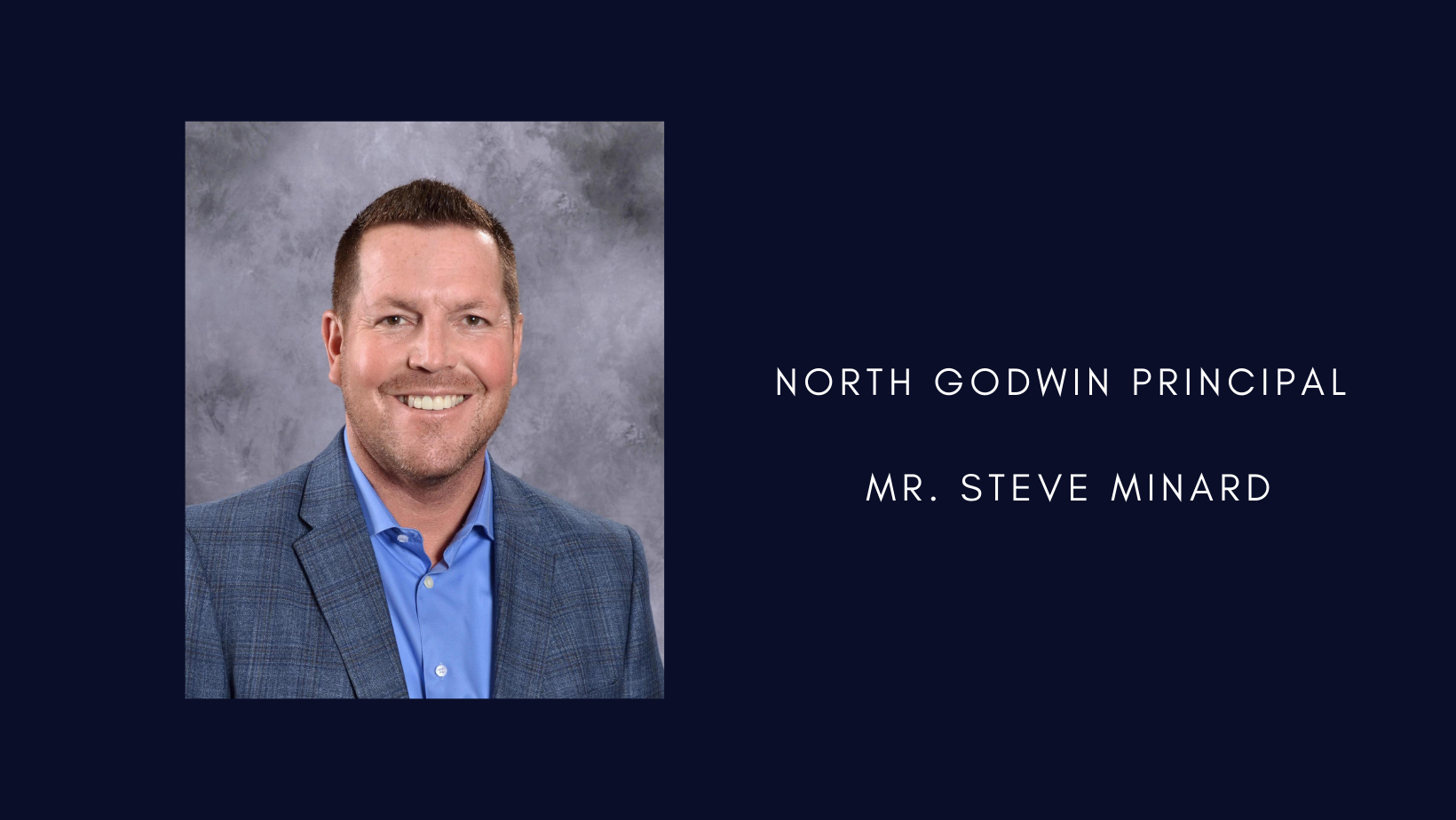 Mr. Minard holds a Master of Education degree in Educational Leadership, as well as a B.S. degree in Physical Education and Elementary Education from Grand Valley State University. He has worked as an administrator at Godwin Heights Public Schools since 2011, currently serving as the principal of North Godwin Elementary. Steve began his academic career as a teacher, Athletic Director, and coach at Walker Charter Academy, followed by five years as the Assistant Principal at Vanguard Charter Academy. Steve is a dedicated and effective leader who strives each day to build strong academic foundations for all students.
________________________________ 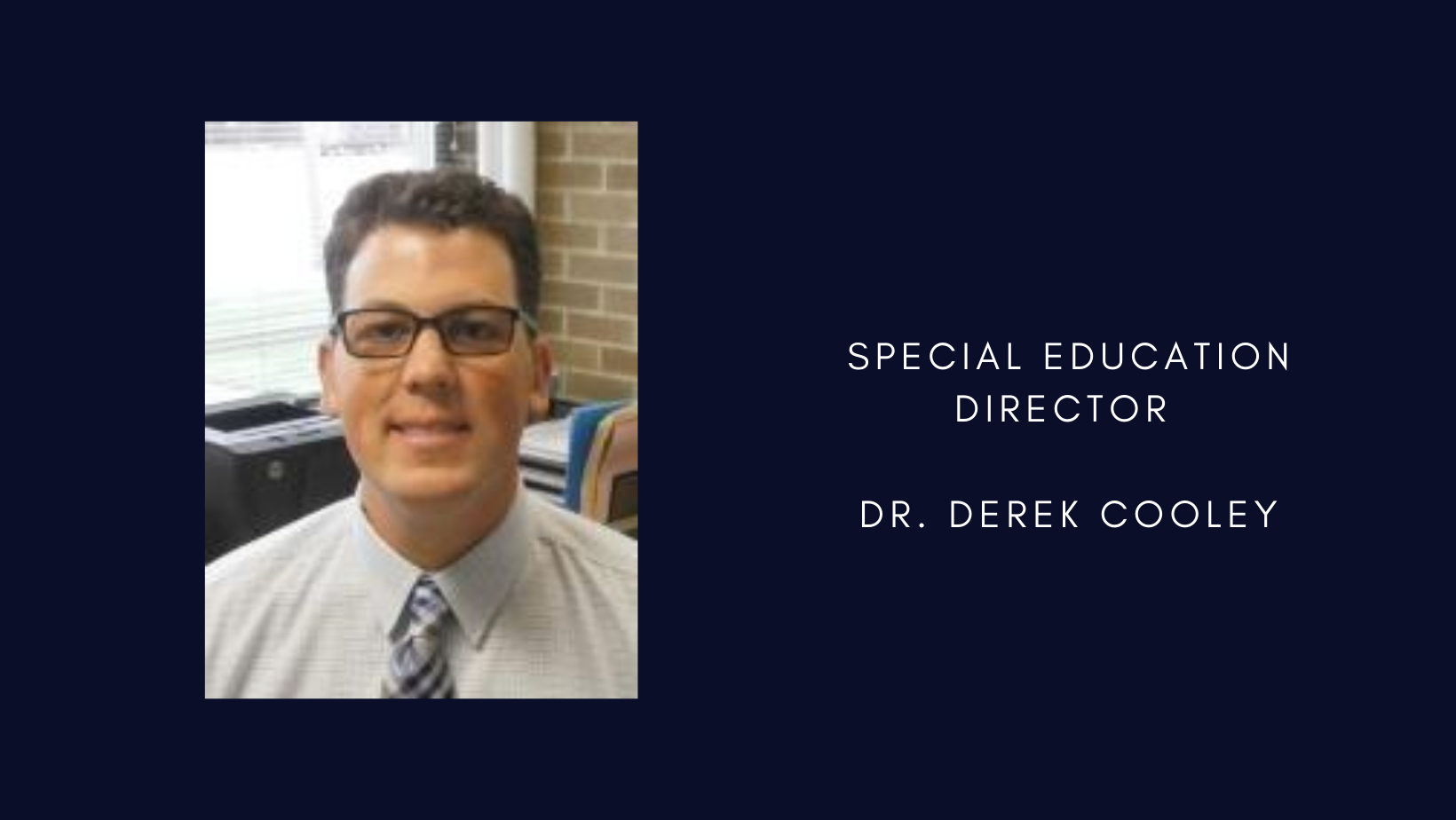 Mrs. Johann Radloff graduated from Northcentral Technical College in Wisconsin, earning the Outstanding Graduate Award in the IT-Network Specialist program.  She went on to receive her Bachelors of Science in Information and Communication Technology from the University of Wisconsin - Stout.  Johann began her IT career in the financial and manufacturing industries before transitioning into a consulting role as a network engineer.  After discovering a passion for technology in public education she has spent more than 8 years in a technology director role for K-12 schools.

Phillip graduated from Grand Valley State University in 2011 with a Bachelor of Science in Natural Resource Management and a minor in General Business. He is currently pursuing a Master of Accounting at the same institution. Before joining Godwin Heights Public Schools, Phillip worked for a local city government in various maintenance and supervisory roles. Phillip brings a decade of experience in facilities maintenance and department administration to the District.